We started social media services in May of 2018. This particular Advertising campaign ran from February 1 through April 30, 2019.

A Better Choice had a Facebook presence before this campaign. They tried advertising years before with another company and had a bad experience. As we improved brand awareness through their social media presence, we addressed their concerns and started an advertising campaign in February 2019.

This campaign focused on Facebook, Instagram, and ads on both platforms. The goals are to raise brand awareness and to generate leads.

A Better Choice Waterproofing approached Chroma Marketing Essentials with one goal: get the phones ringing with leads.

The Plans and Goals

When we originally took over the account in May of 2018, our client was hesitant to invest in a social media ad spend, so we began instead with a campaign of regular posting. This allowed us to create a foundational presence in social media and to tailor our message for the audience. Along the way, we gathered all the data we would need for advertising once success with the posting campaign paved by way.

In Feb 2019, A Better Choice agreed to an advertising spend of $900 for the following campaigns:

Goal: Increase brand awareness and direct contact in 1 month through contacting via the website or via phone calls. The goal would be an increase of impressions to 50,000 impressions (from a starting point of about 11,000 impressions)

Results: 38,994 impressions at the end of February; 123 landing page views

Goal: Gain 10 leads per month for two months from advertising on Facebook in the local area.

Results: 20 leads gathered; 7 of these turned into quotes for A Better Choice’s services

Goal: In three months, double the number of followers from 430 to 860 through Facebook advertising,

Results: We gained 299 followers throughout the three months, bringing our total followers to 723 by the end of the campaign.

Results: Engagement increased from about 201 engagements (for a three-month period) to 2,037 engagements. Engagements is defined as comments, likes, shares, etc.

“A Better Choice” Inc has an unsurpassed reputation for offering the highest quality waterproofing, concrete and foundation repair solutions. They offer only top quality workmanship at competitive prices and pride themselves on satisfying every customer, every time.

Since 1996, A Better Choice, Inc. has provided quality service to over 17,000 satisfied customers in the Greater Pittsburgh area. 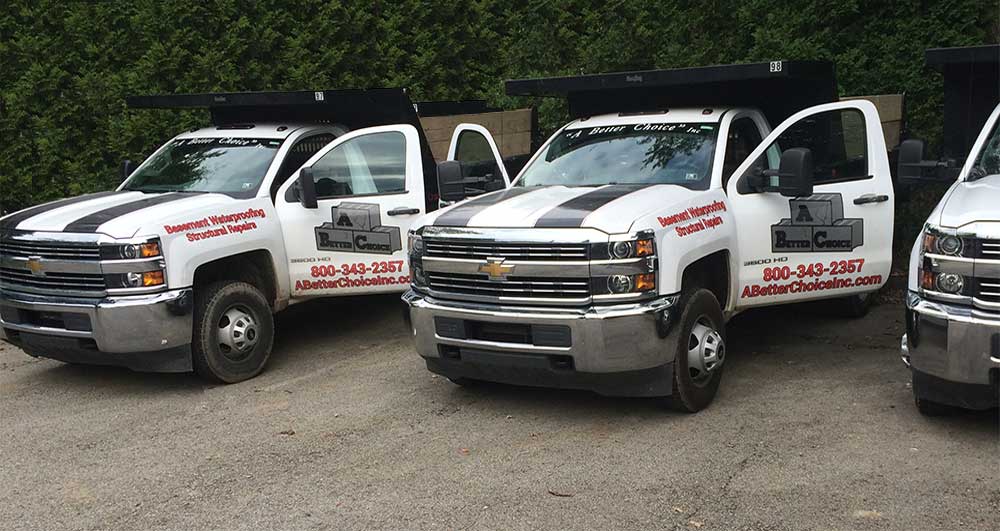 The Ads & The Audience 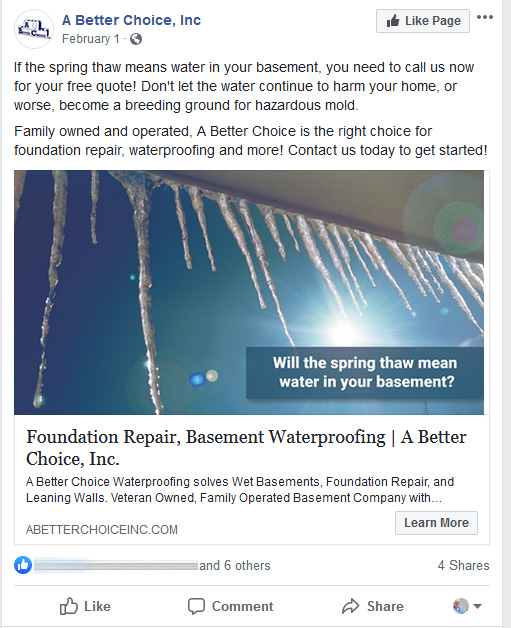 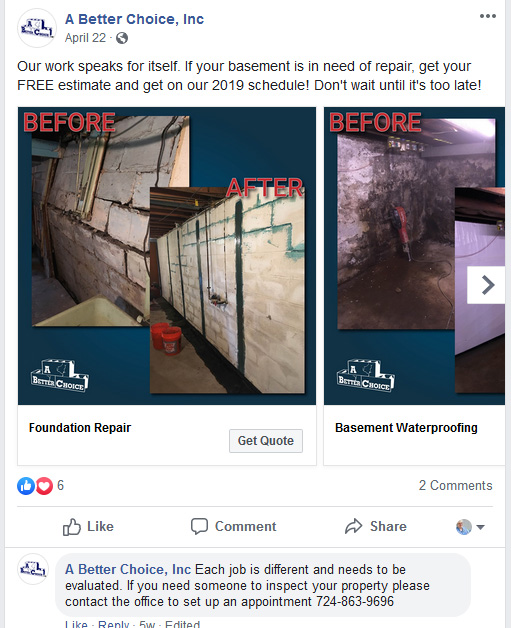 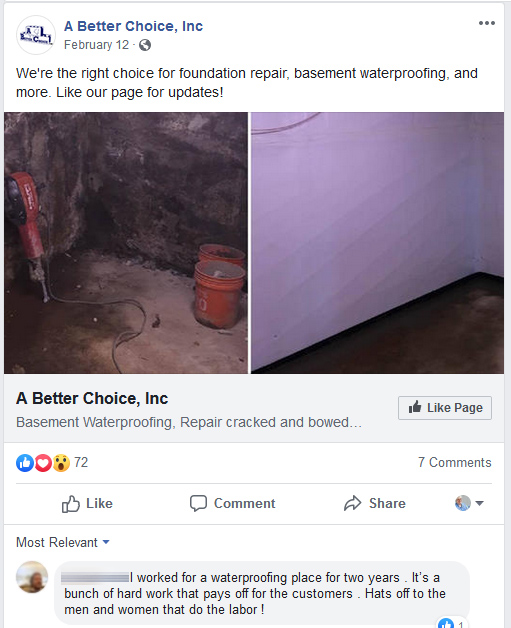 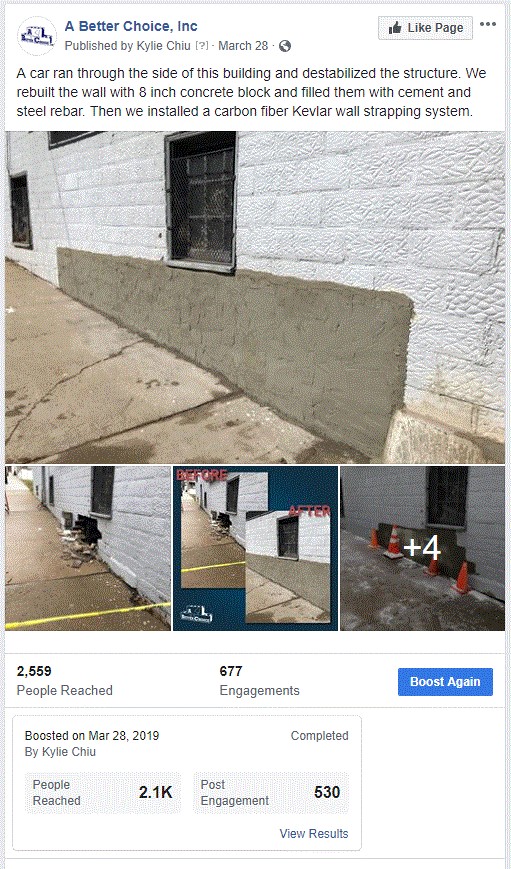 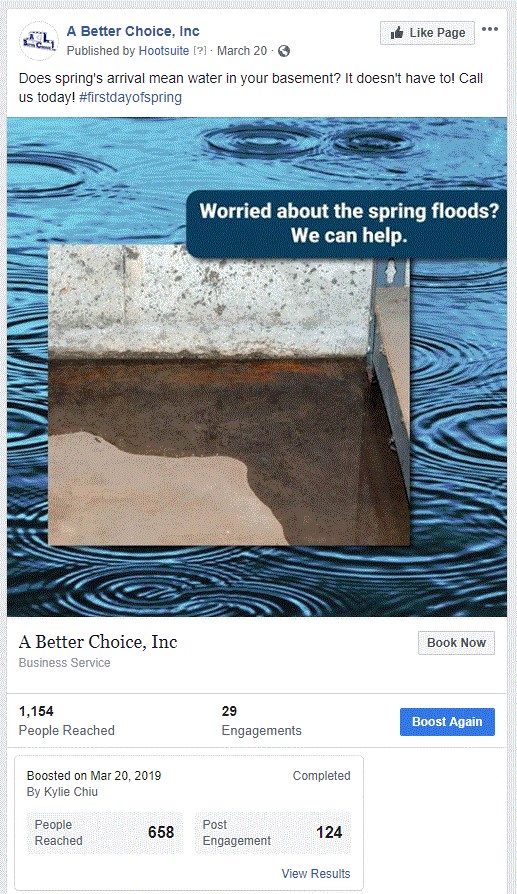 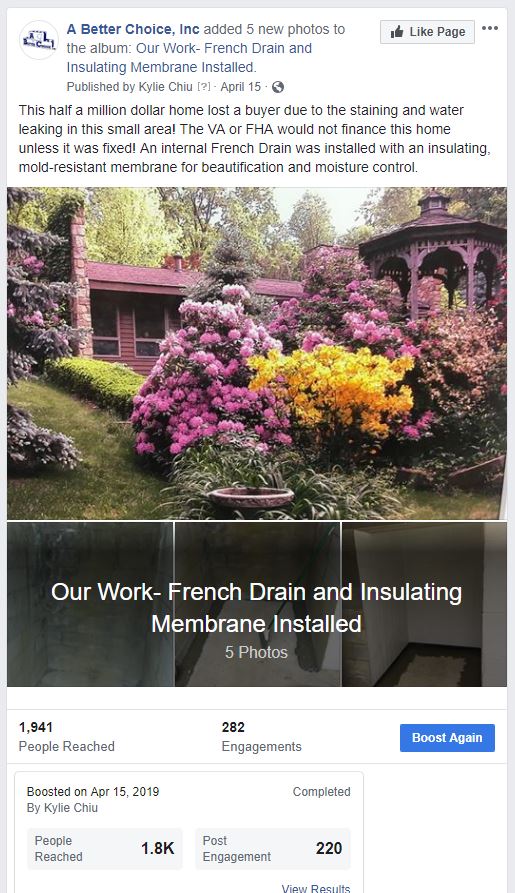 When comparing the three month period of these campaigns with the previous three months, there are considerable improvements in Fan Adds, Impressions, Consumption, and Page views.

While the budget is modest and the numbers aren't necessarily large, we have considerably more impressions and consumptions in April of 2019 compared to April of 2018. Where the rarely reached over 5/day in 2018, we had peak days over 100. The impressions in 2018 hovered around 500 with just one higher spike, where in 2019, there was just one dip below 500.

With a limited budget and a three month campaign, we successfully gathered over 20 leads with an average value of $8000-$10000 for A Better Choice.

For more information on services from Chroma Studios, visit our services pages. Call us at 724-523-3001 or contact us by email. 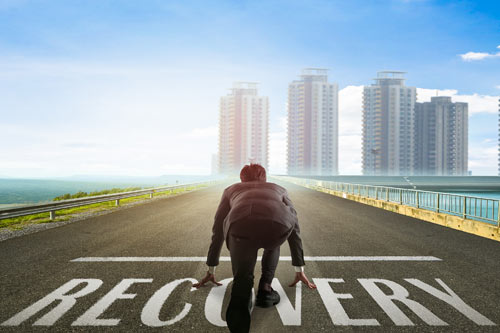 What Does Your Business Need to Survive? 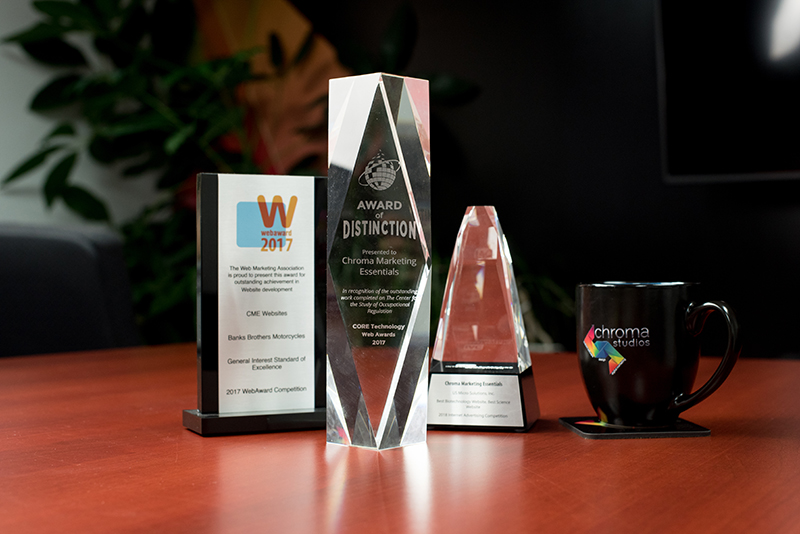 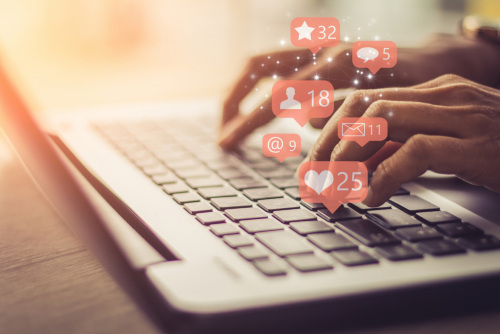 So, you think you’re a social media expert?